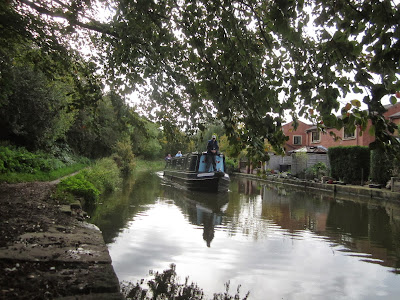 Well, the rain Goddess was blessed by the vagaries of the British weather forecasting. All we had was a wee shower when we were able to shelter under a canal bridge on the Macclesfield Canal.

14 of us set off from the Adlington Road car park at Bollington in sunshine. The first part of the walk took us along the Middlewood Way, including a mini “Stonehenge” offering set up in the grass verge. At Grimshaw Lane we joined the Macc Canal and headed southwards. At the bridge adjoining the Hurdsfield Road we enjoyed our coffee break.

We headed by various paths up over Cliff Hill and, as ever was, a wee googly by Denise took us on the wrong route as she failed to recognise right from left. However, it allowed us to have our lunch stop with lovely views over the Cheshire Plain. Re-tracing our steps, we headed on to the Gritstone Trail for a short while before heading up to Kerridge Ridge with magnificent views after some steep ups and downs. 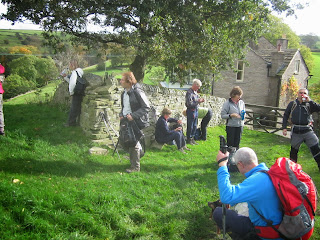 Despite Chris Shea’s pleas for a visit to White Nancy, Denise stuck to her plan and we headed down a steep path beside Endon Quarry to the lane past Endon House and Endon Hall.

Across a meadow, we turned down a small path which took us to the Macc Canal once more where many po-faced fisheremen were involved in a fierce Sunday fishing competition.  We dived off to the left to re-join the Middlewood Way once more and hence to the Car Park.

Quite a few of us enjoyed a swift half at the Vale Inn just up the road from the Car Park and once home, within about 25 minutes, the heavens opened with torrential rain. Wow, were we the lucky ones!

The walk was finally 9.72 miles according to Jack's GPS, the extra .72 miles accounted for by the slight navigational error, but then it wouldn't be a Denise walk without one of those!! 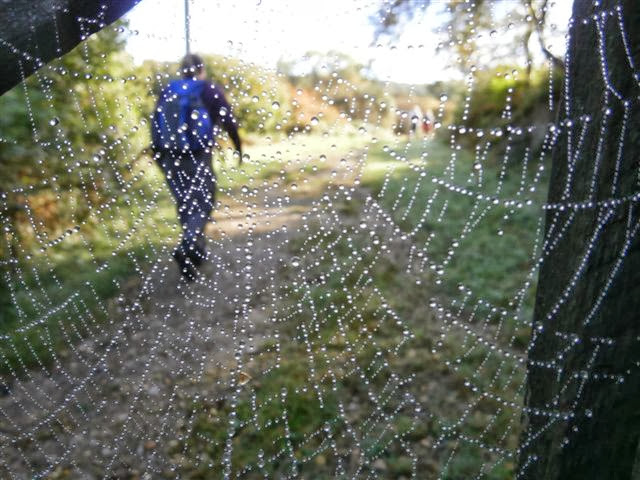 What a beautiful day! We were so lucky with the weather and had fantastic views all day - a perfect for walking. The earlier start meant we could make the most of the day. 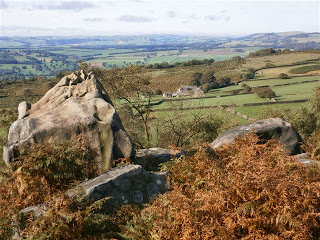 The party of 14 started from the carpark in Baslow, we walked on the outskirts of the Chatsworth Estate up to the Robin Hood Pub. A footpath close by leads onto Birchen Edge to the Nelson Monument (coffee stop with views!) and the  3 rock formations with the names 'Victory', 'Defiance' and the 'Royal Soveriegn' carved into them.  The route  continued onto White Edge - at the trig there were 360 degree views -  many people with binoculars on the edge were watching the deer down below. Lunch was a picnic near the  'Grouse Inn' the turning point of the walk. We returned following great paths along Froggatt Edge (plenty going on here  with many climbers) and Curbar edge to Curbar Gap for a welcome ice cream stop and because the views were so amazing we carried on along the Baslow Edge to Eagle Stone and Wellington's monument before following the lanes back into Baslow.

Thank you to all who came on the walk - it was a very special day.
Pam