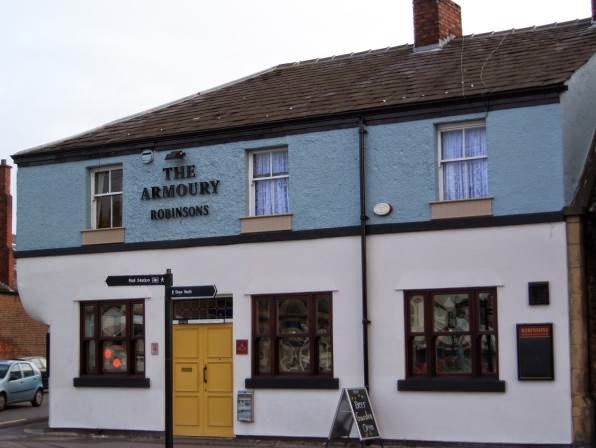 Eldon Hole Walk 19/04/2015 (change from original program) Jack M. led 13 of us + Chester the dog ( a non member ) a walk from Mam Tor to Eldon Hole to Cave Dale to Castleton to the George pub to Hollins Cross to Mam Tor 11miles. 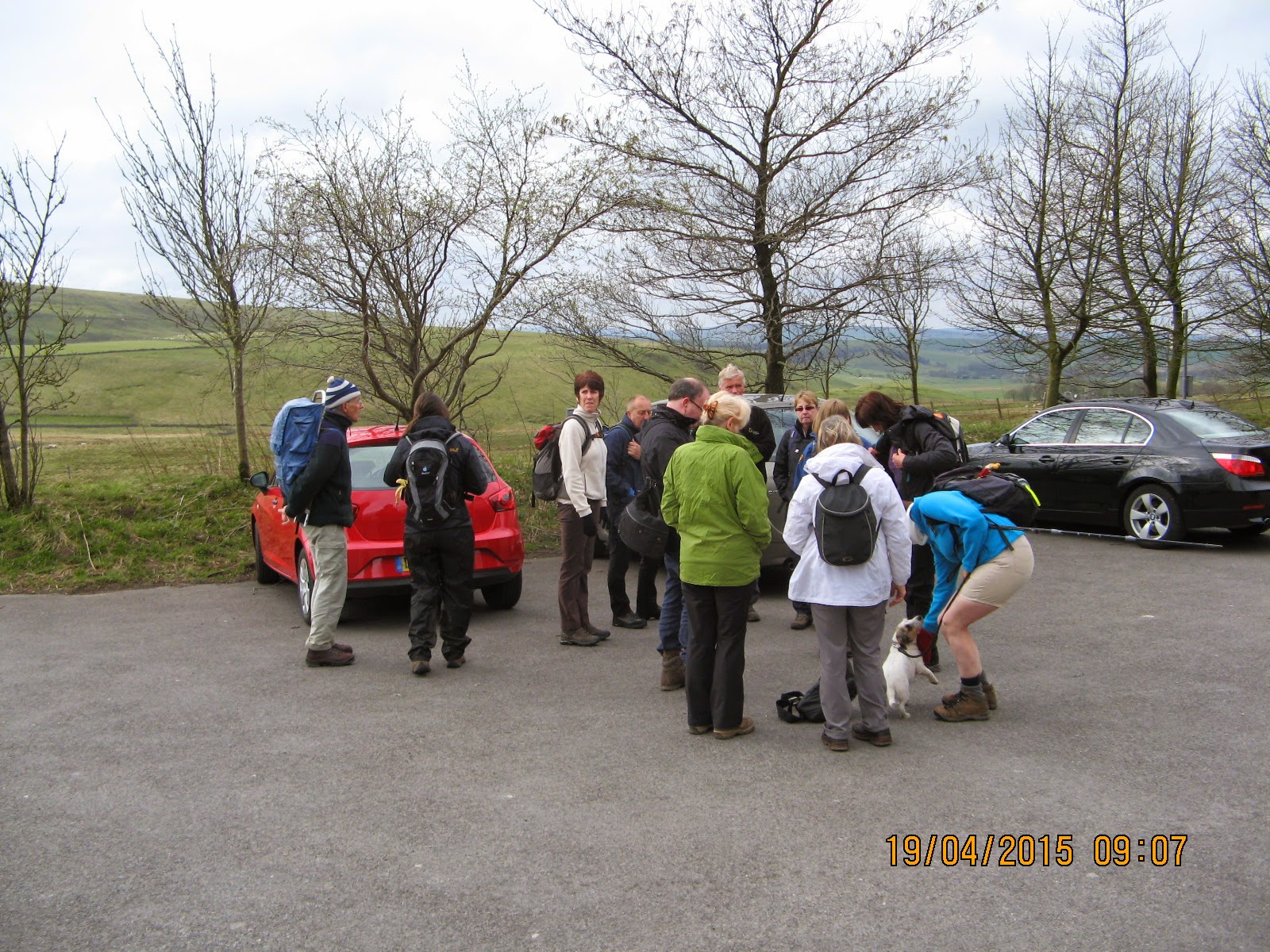 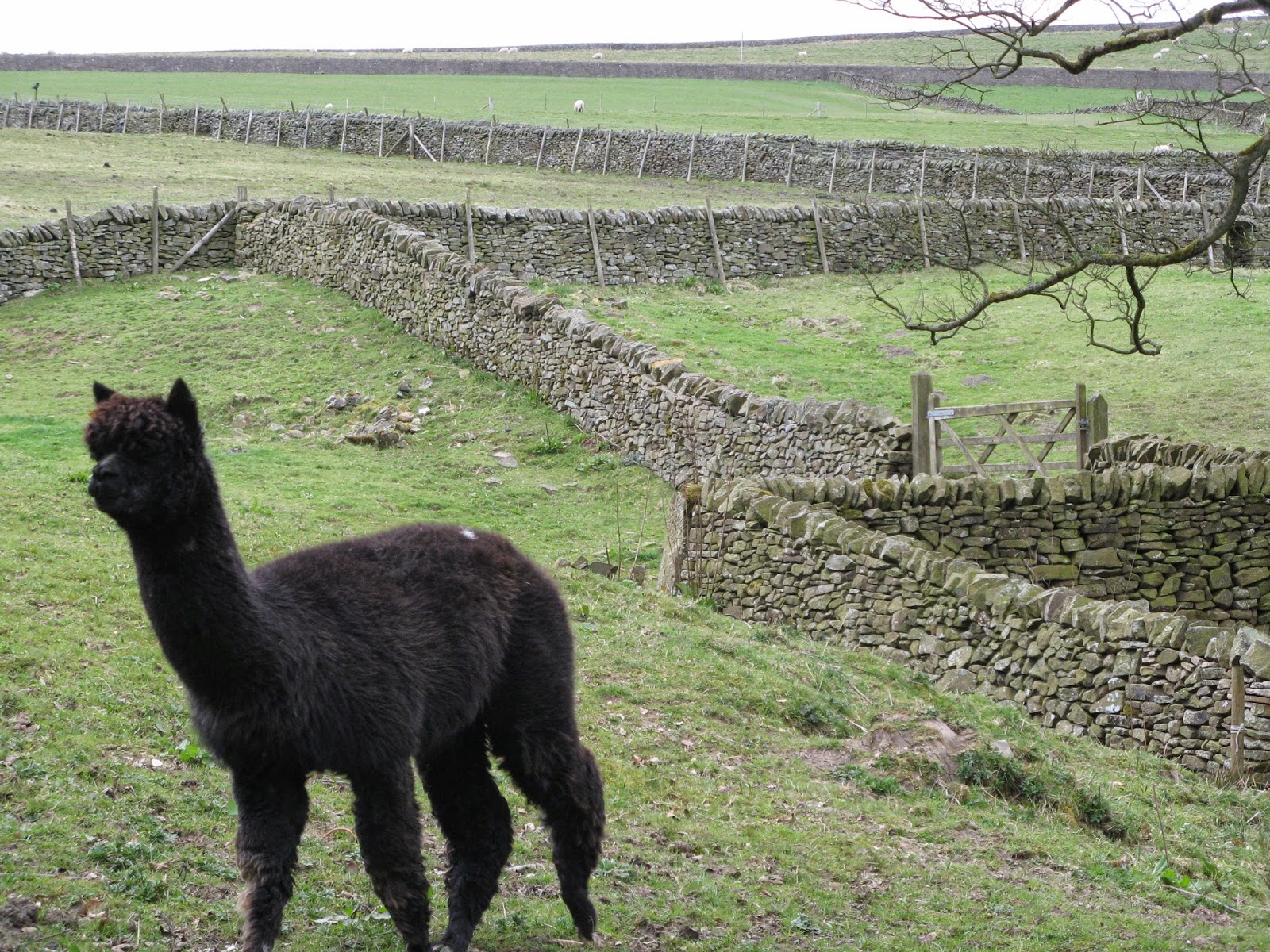 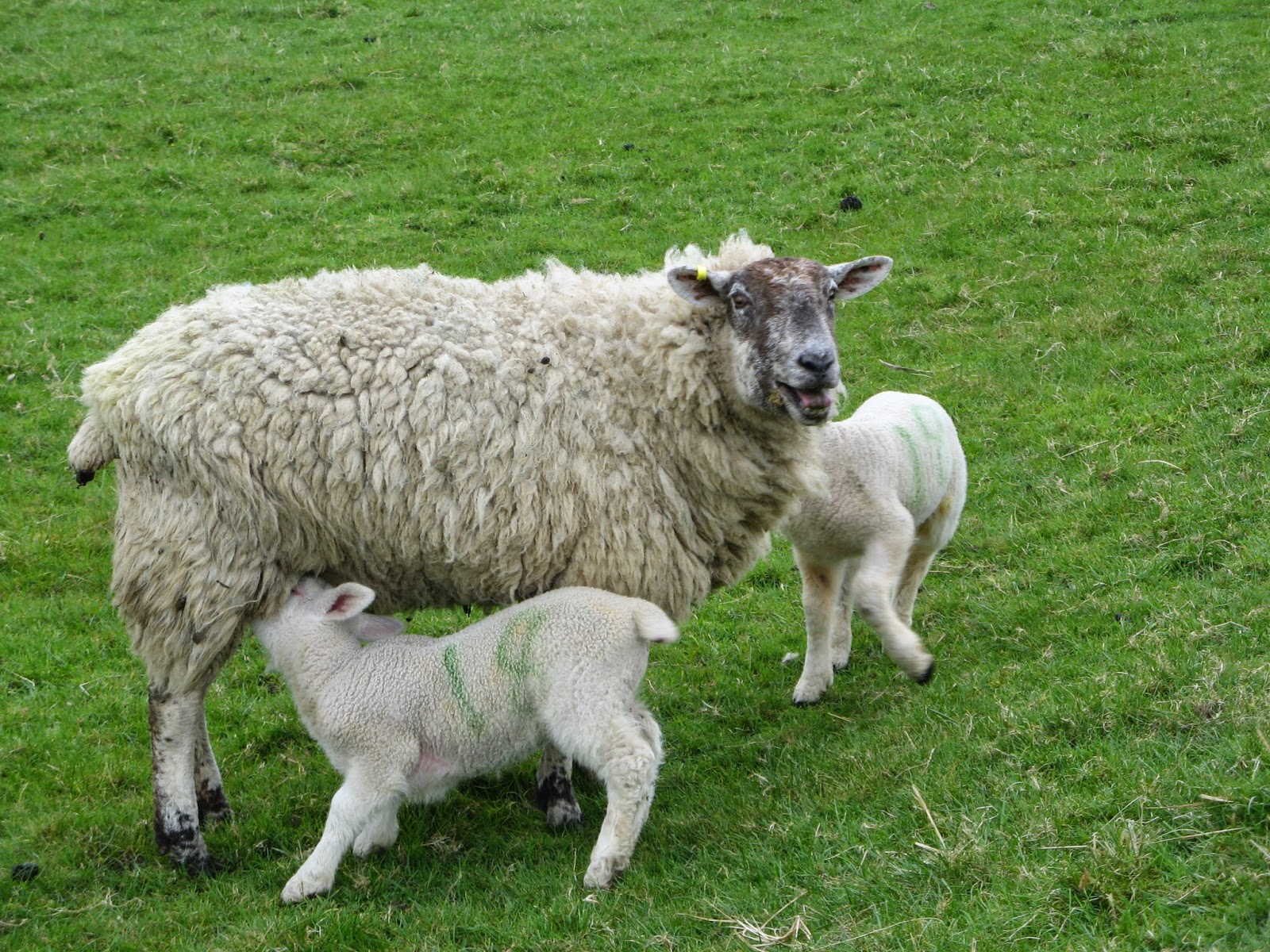 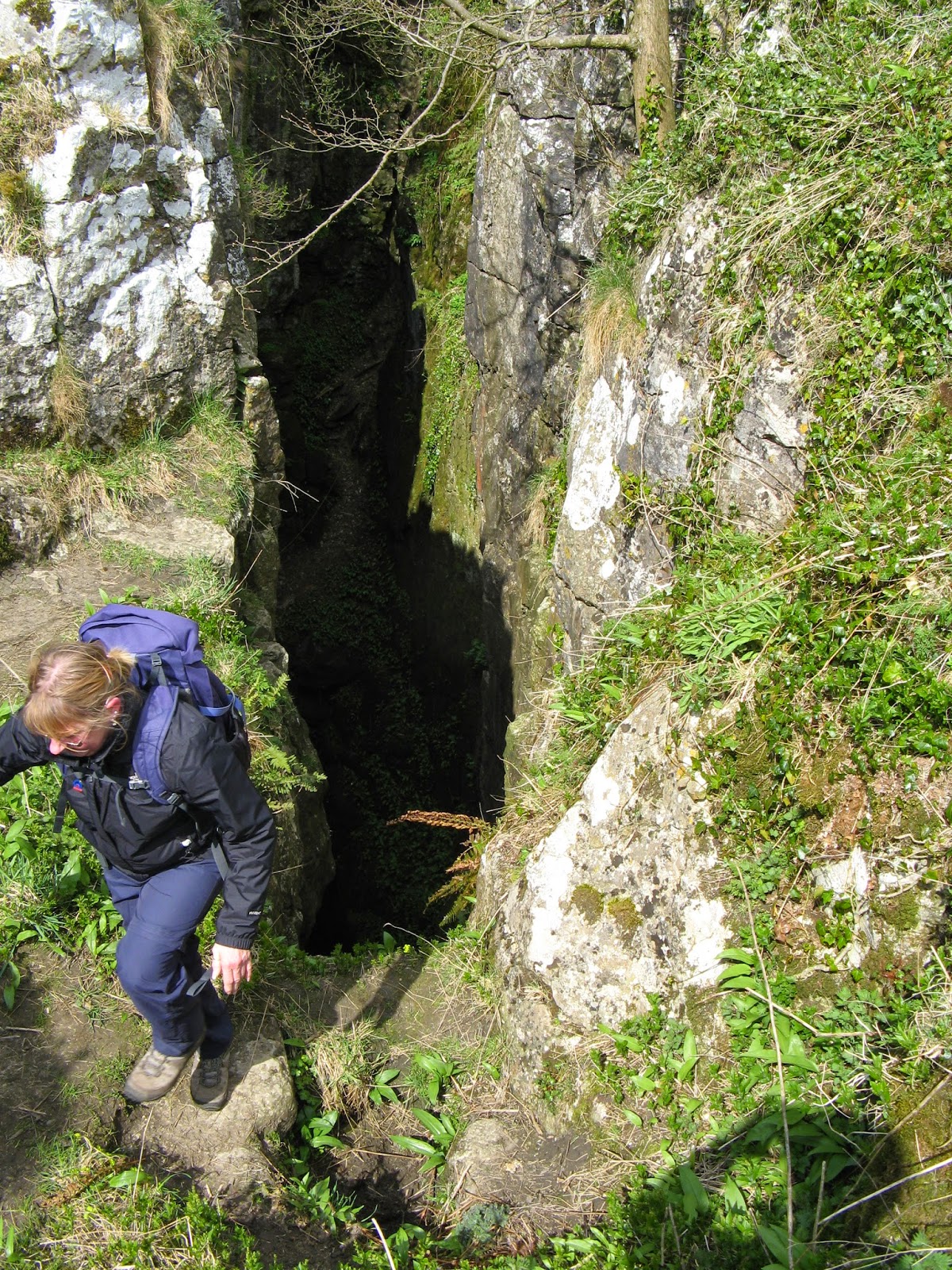 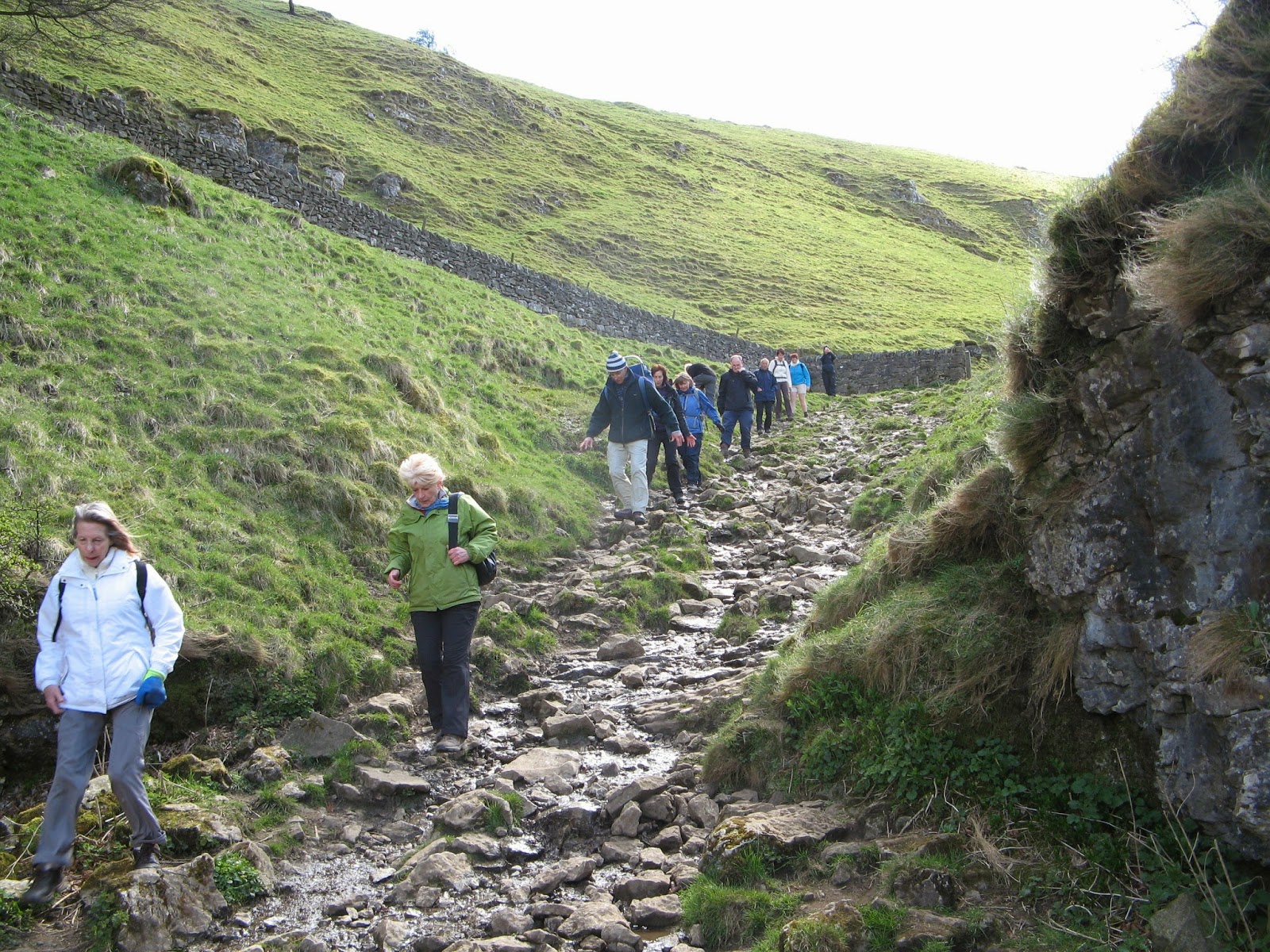 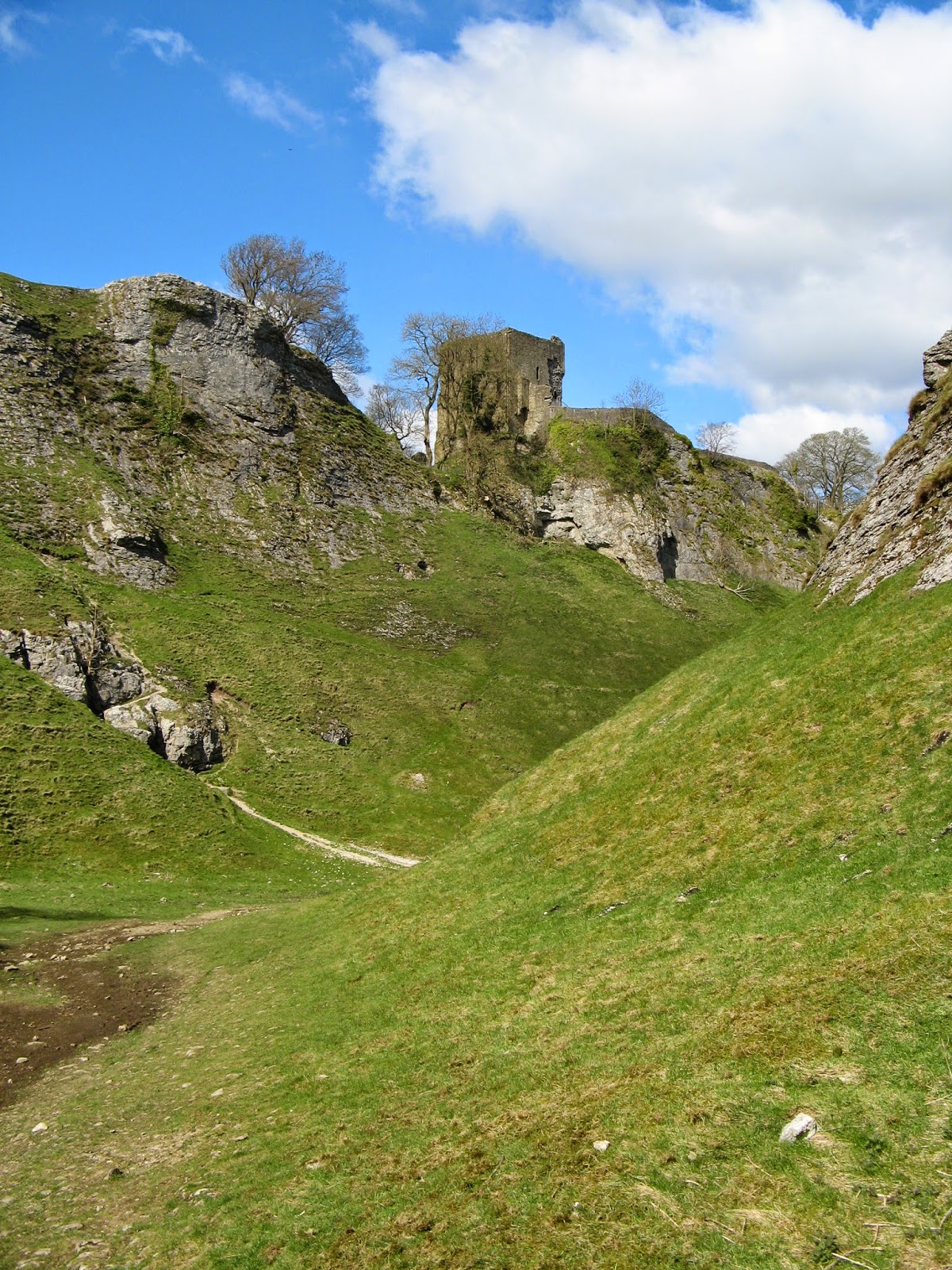 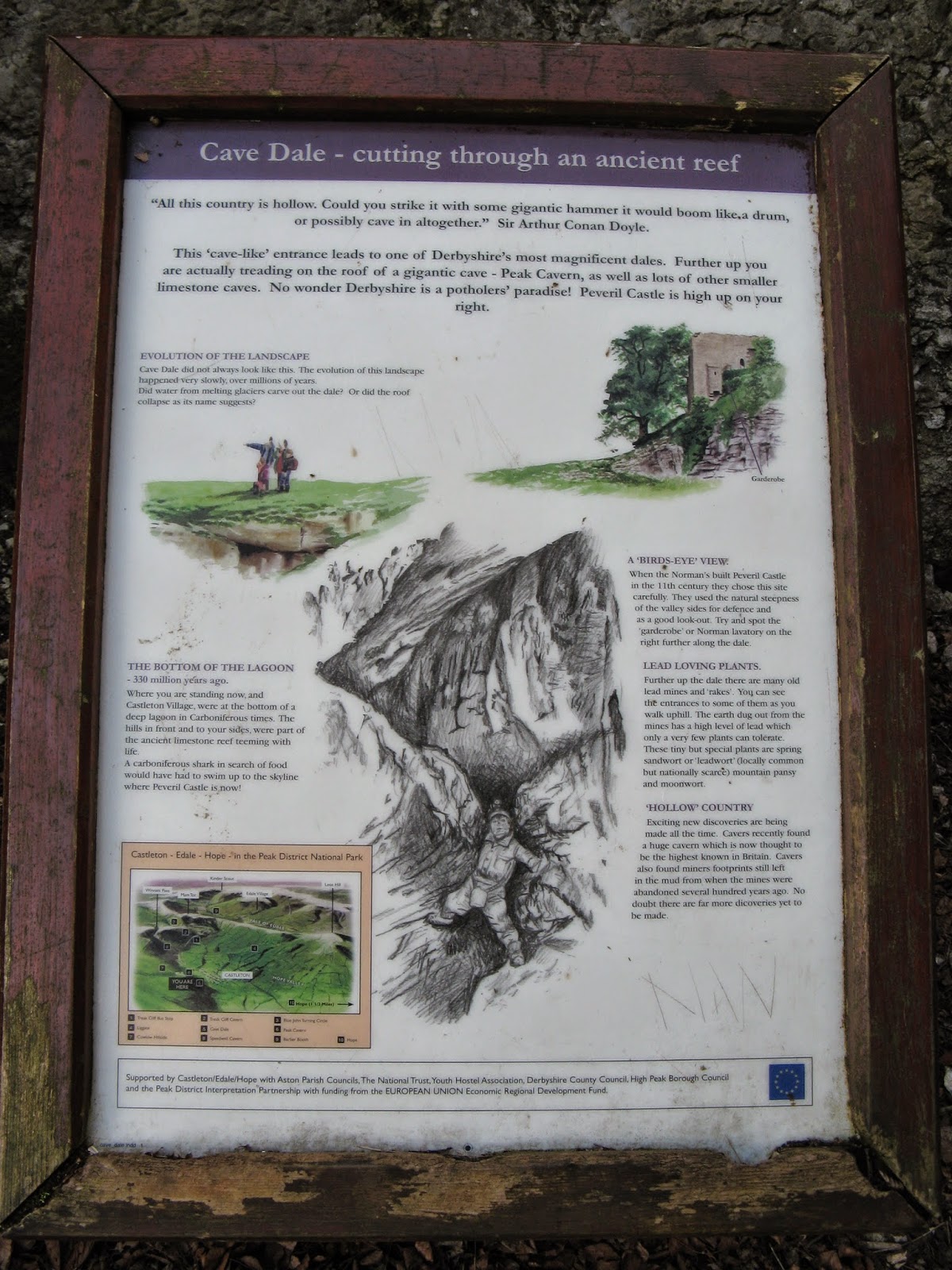 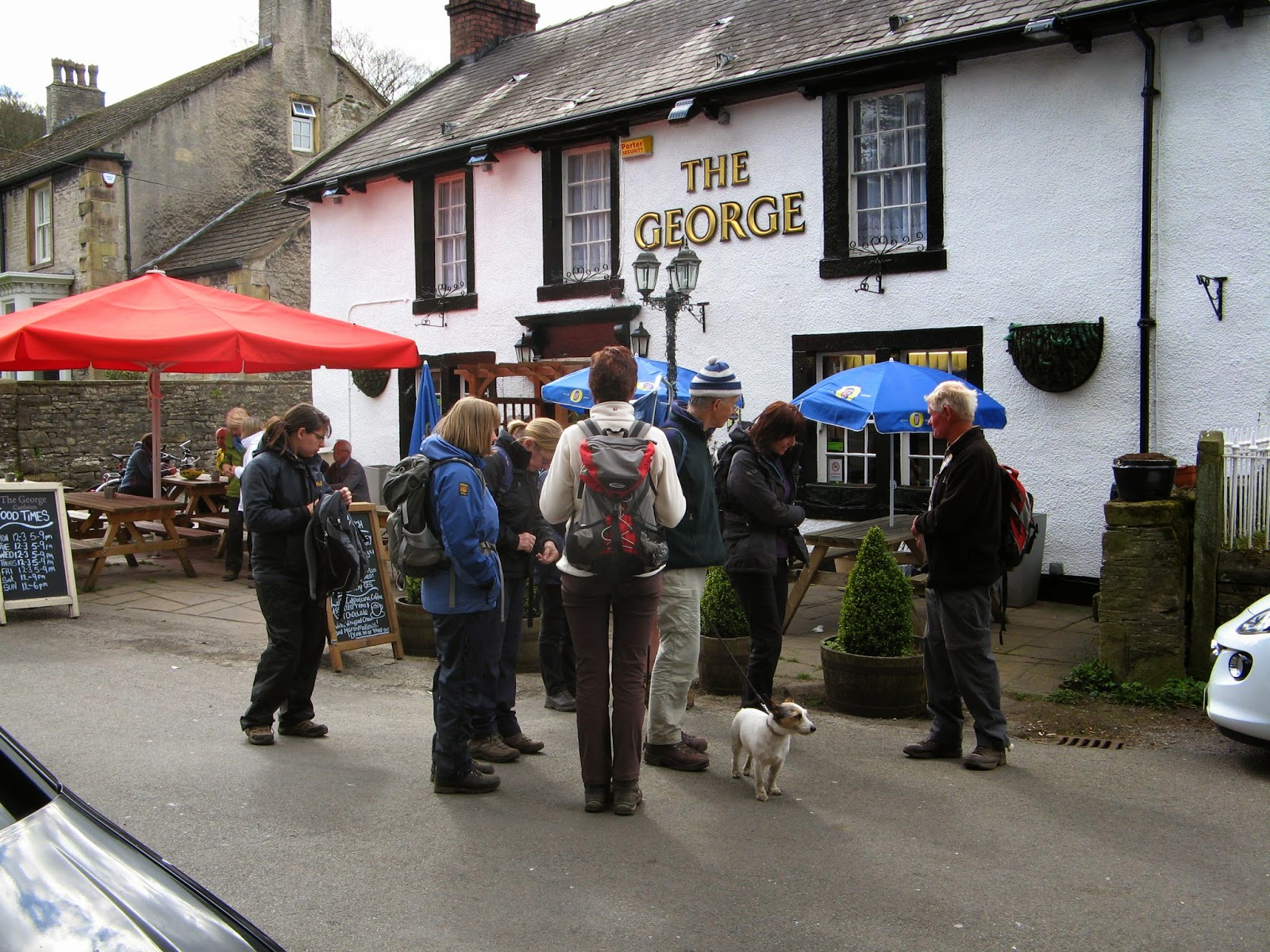 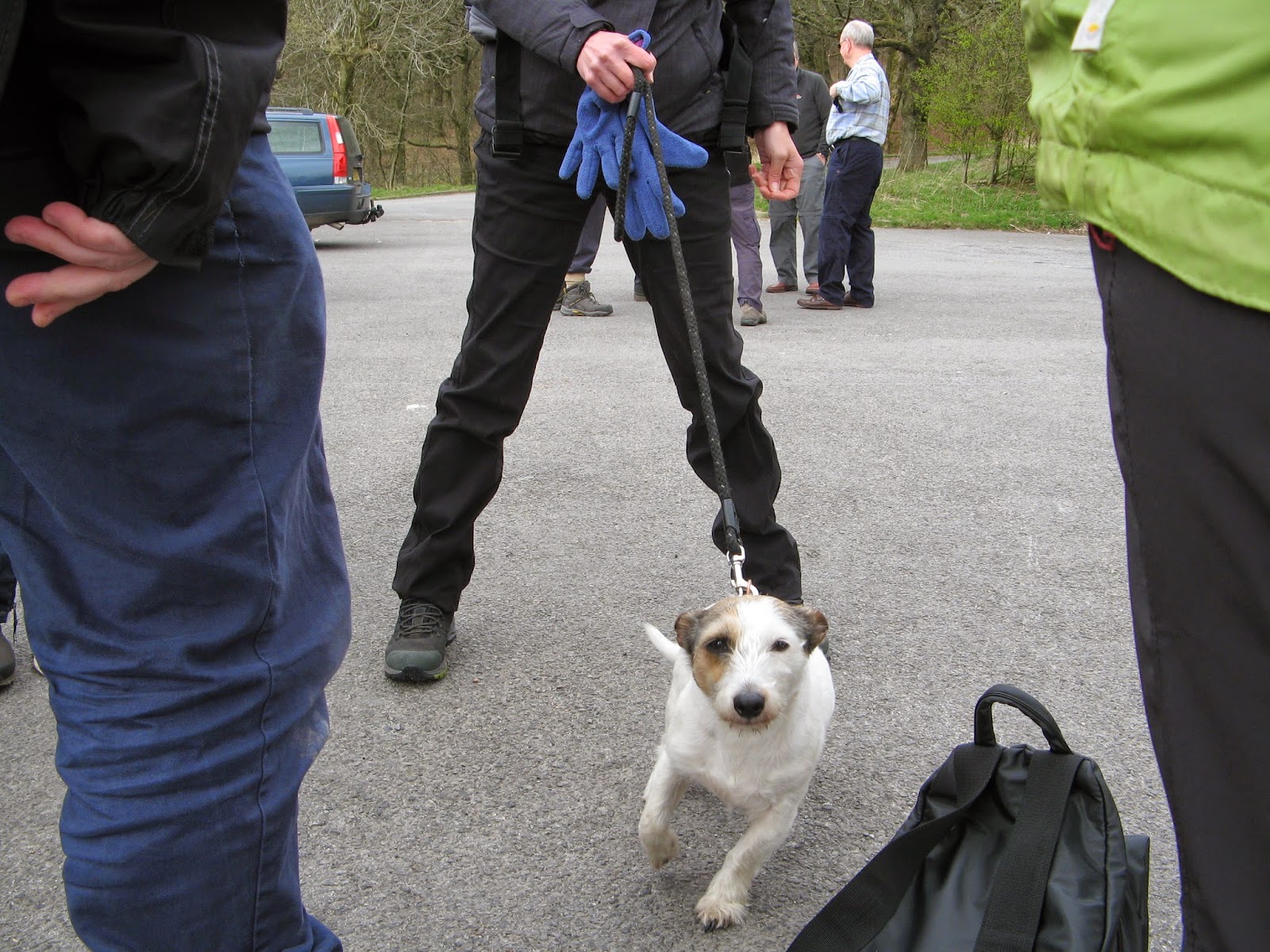 The Five Ways pub Hazel Grove 20:30hrs 17/04/2015. John H. suggested he host this pub night, lots turned up 2 of us ate there, 2 enjoyed the ice creams most enjoyed the Holts beer but John H. had a better offer and did not turn up.

Brian T. led a walk from Eyam to longstone to Stoney Middleton to Foolow return to Eyam. ( no photos yet )
at 10:00 pm

Eight plus two very well behaved dogs, Chas & Chester, set off with very unpromising weather forecast, which fortunately proved correct, albeit a wee bit later than indicated. From the layby by Ashworth Reservoir, near Owd Bett’s Pub the route went up over Tom Hill, down past the ruins of Paradise and over Turf Moor to the Coal Road, part of the Rossendale Way where coffee break was taken in the lee of a stone wall. Up and across the wild moors of Scout Moor Wind Farm where the rain kicked in, with harsh winds making the rain feel like needles on the skin. Plan B was put into operation, as Knowl Hill as recc’ed was looking very bad under driving rain.
In the lee of a wall we headed to Dixons Brow above Naden Middle Reservoir and joined the Rochdale Way where we found a relatively sheltered hollow for lunch.
Pressing on down to the edge of Greenbooth Reservoir, we headed west to
Hindle Clough Farm and down to the main road, where the last mile was dead into the harsh wind to the cars.  Six of us had a swift half in the warm, welcoming bar of Owd Bett’s before heading home. (At this point the temperature up on the moor was 4C, a far cry from the weather during the preceding week). Just over 8 miles covered, mainly in foul weather! 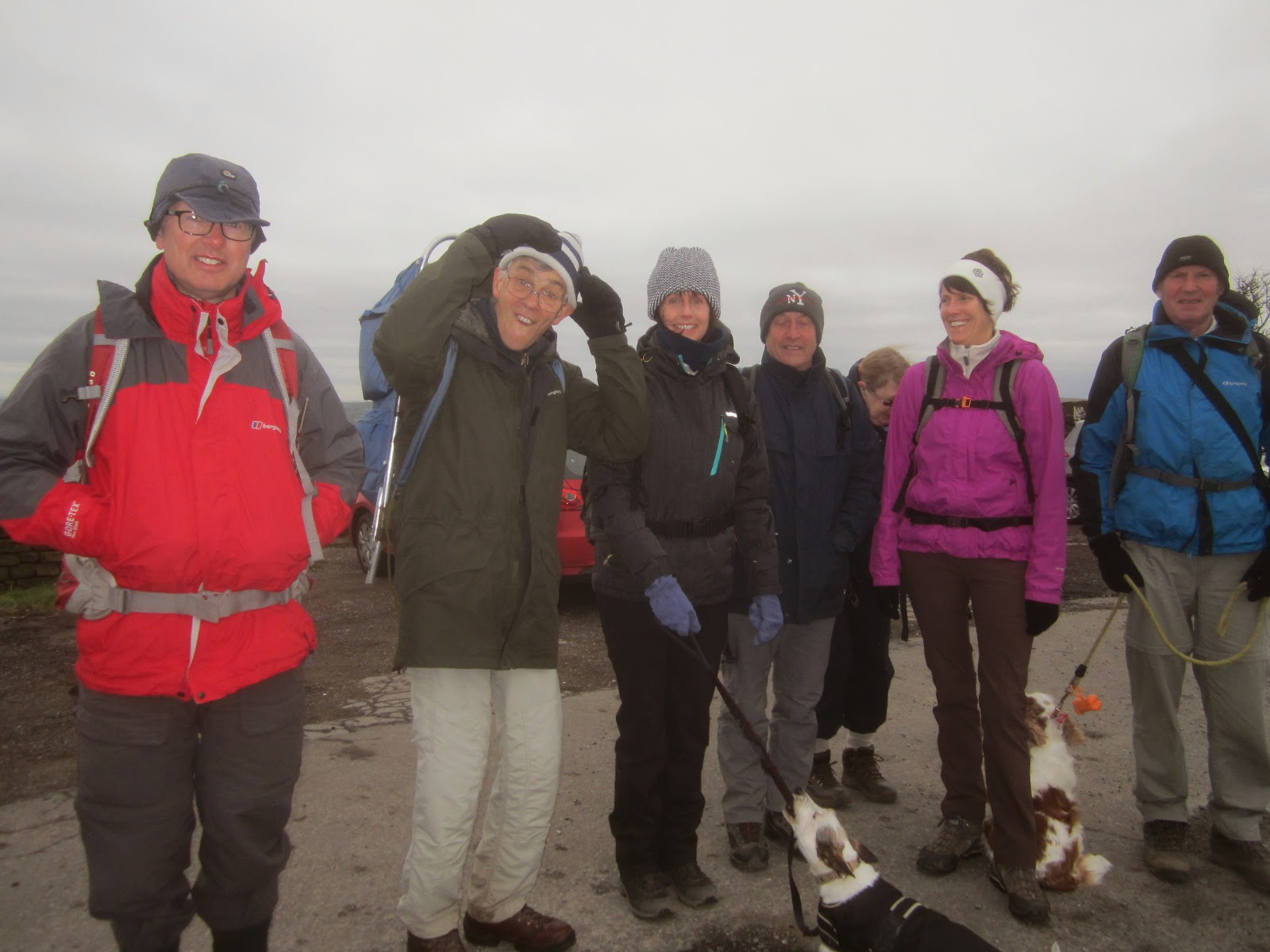 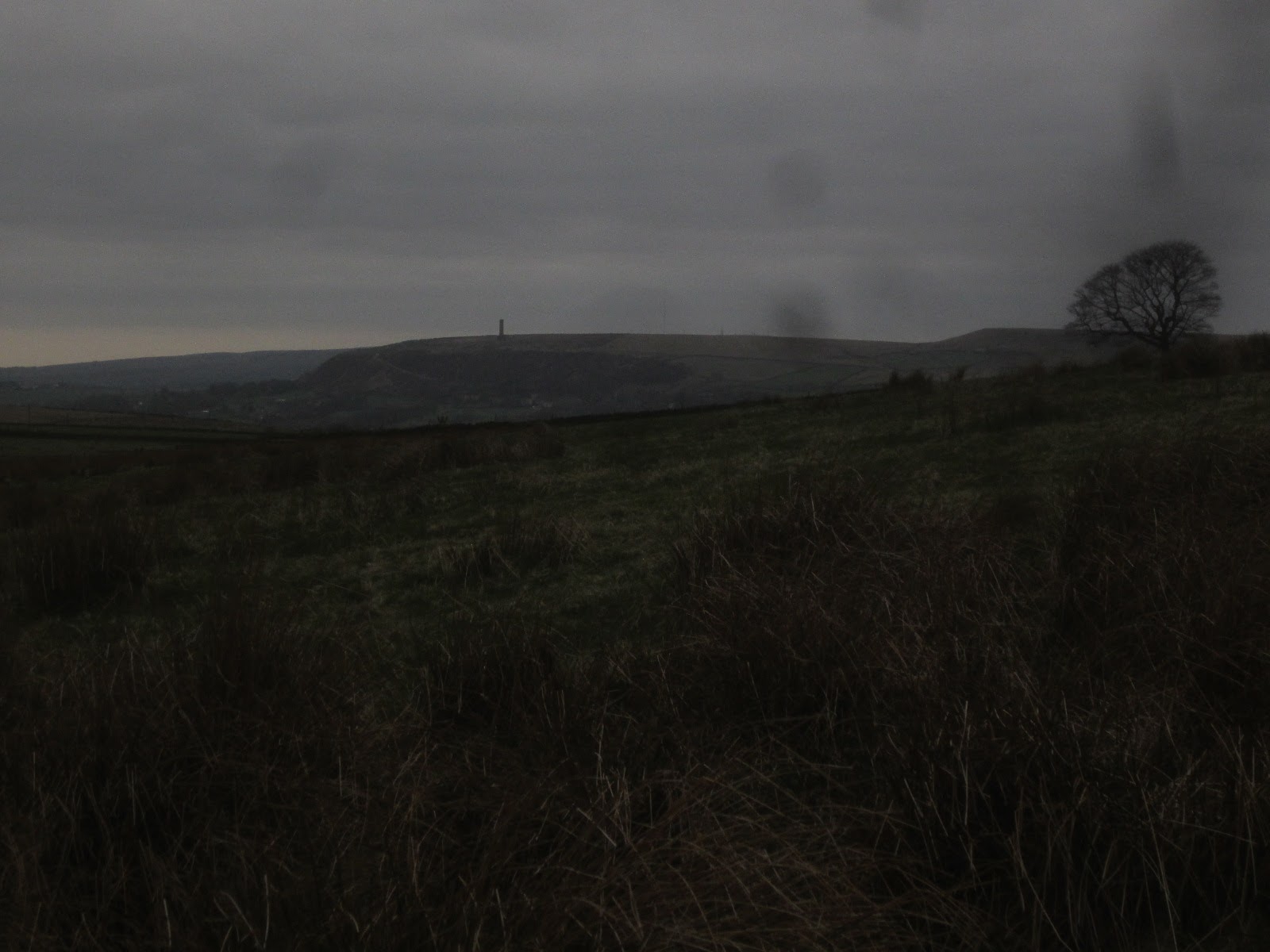 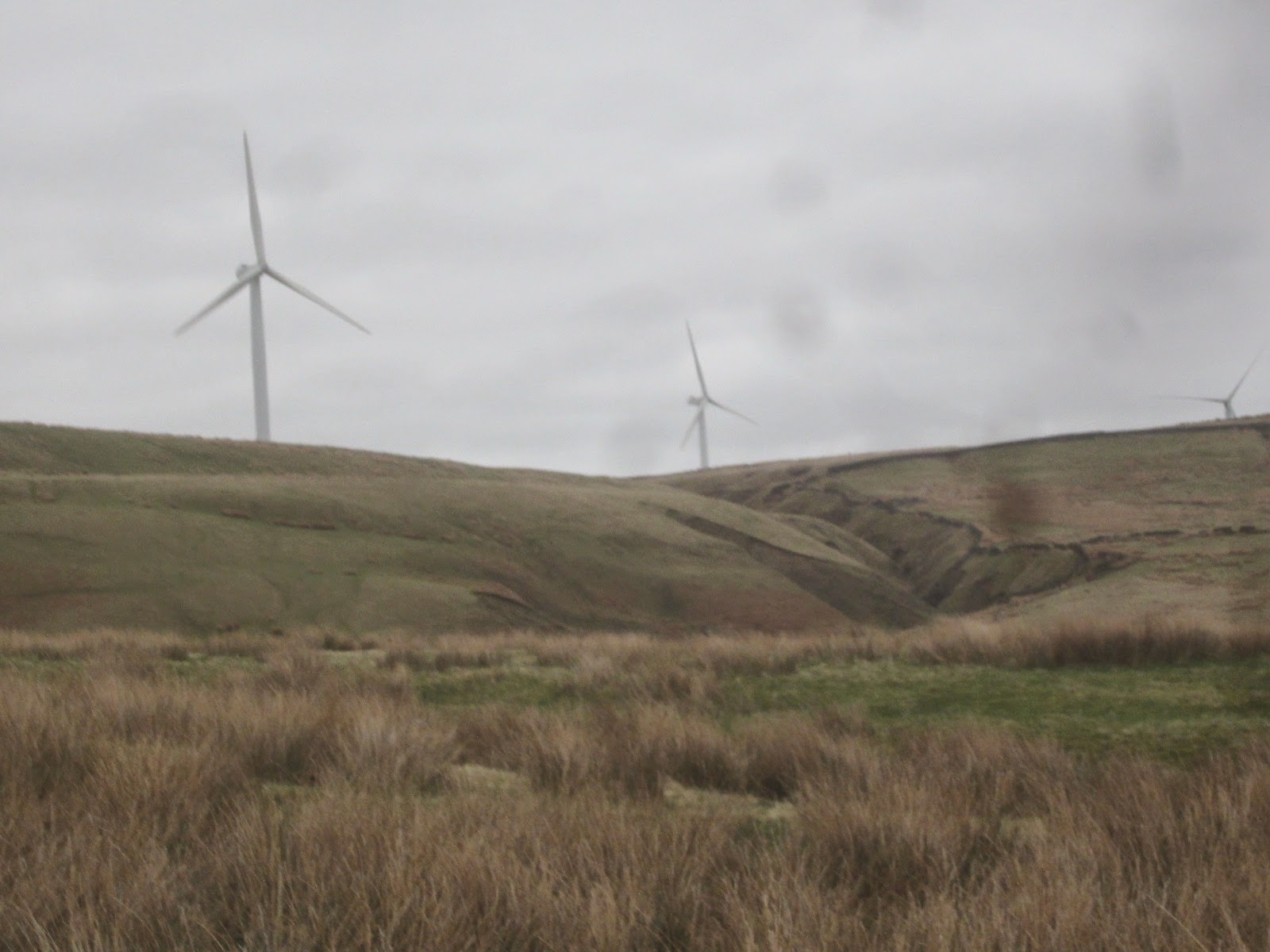 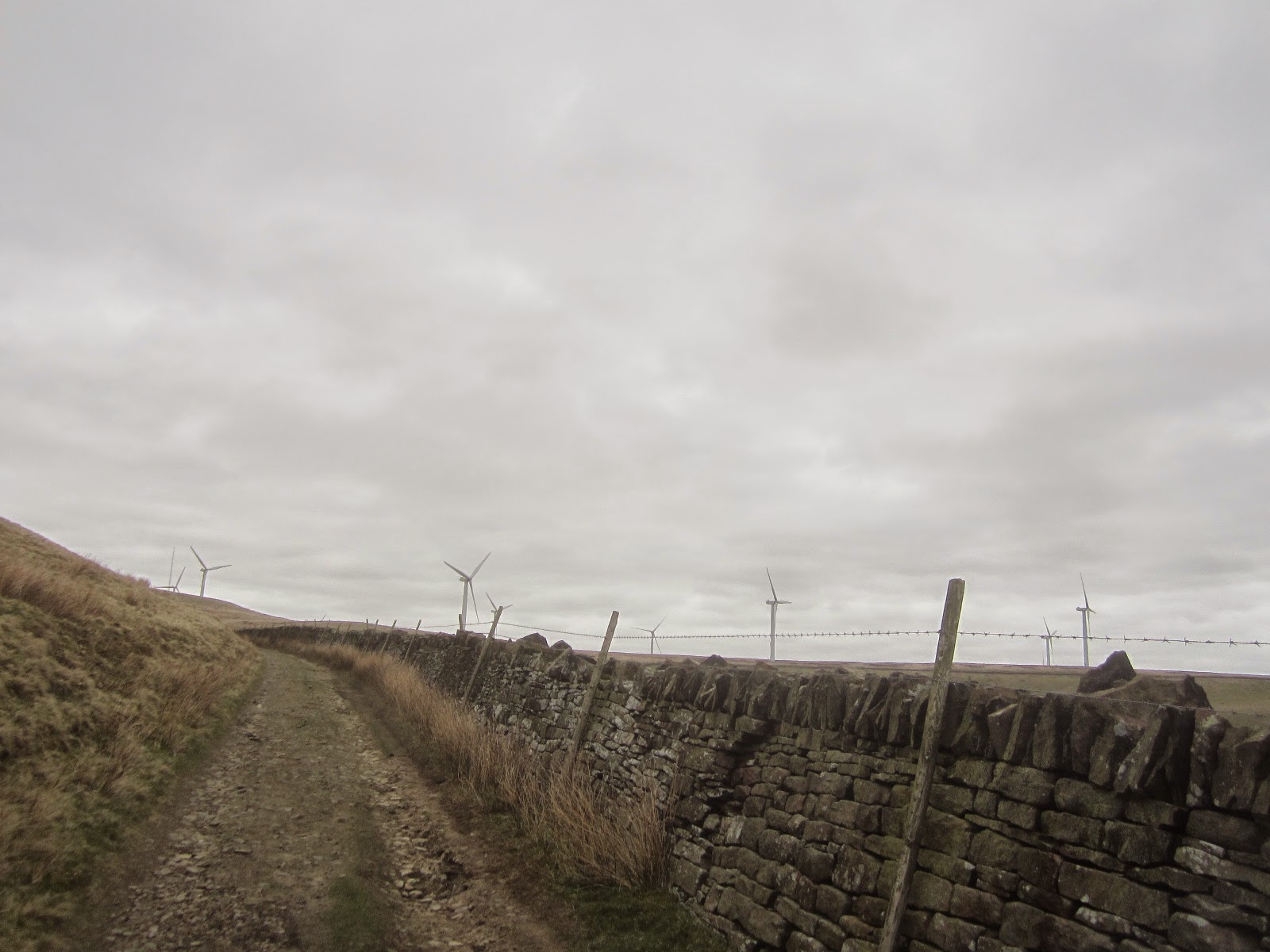 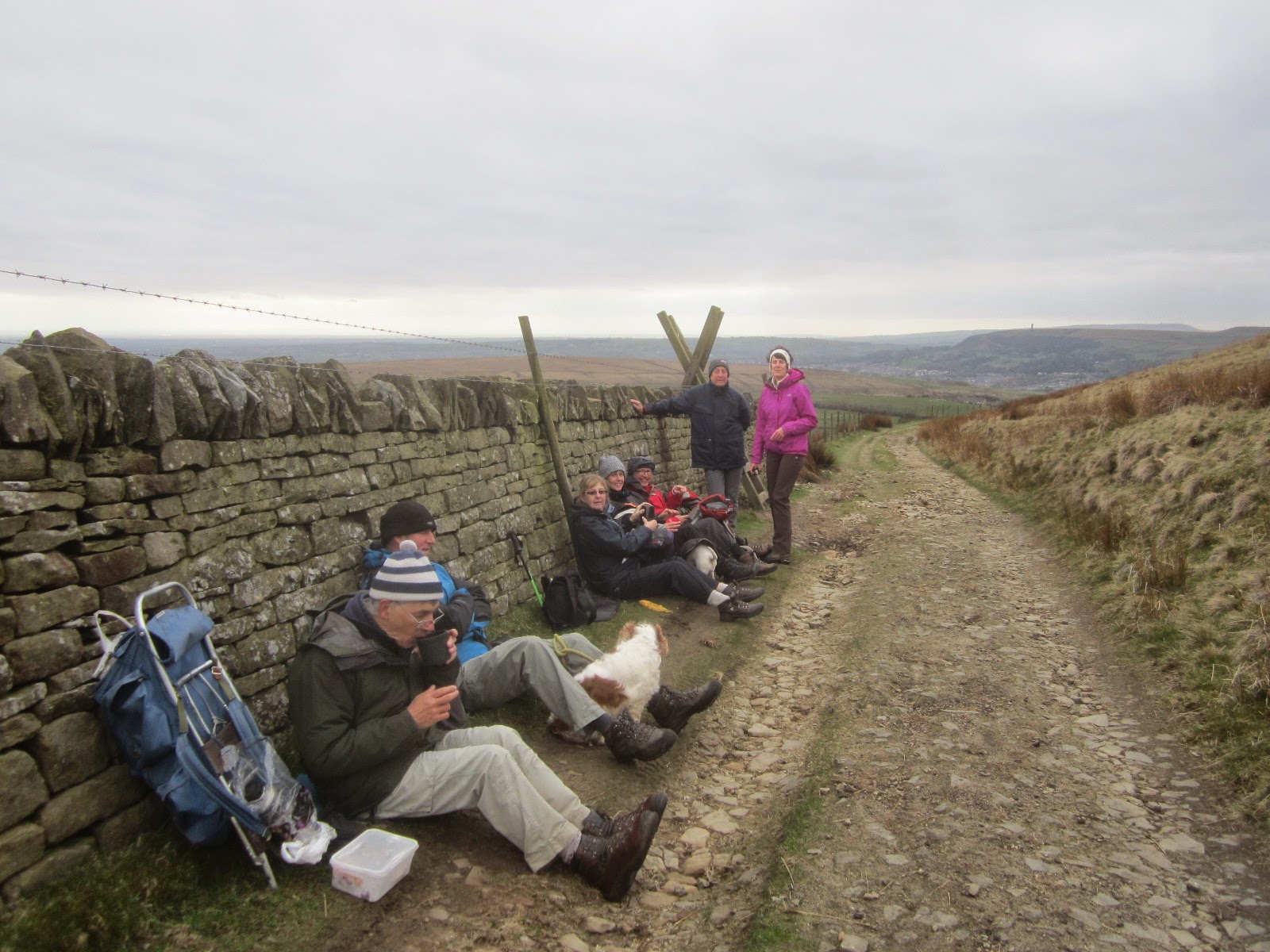 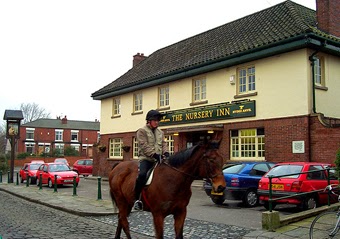 
Eleven members enjoyed the long Easter weekend at Pitlochry youth hostel in Perthshire. Most people travelled up during the day on Thursday to arrive in time for dinner at the hostel. The weekend weather started rather drizzly on Friday and a low level walk was deemed in order, most of the group walking along Loch Faskally and up the valley as far as Killiecrankie and back. The highlight of the day was watching the well-organised bungee jumping from the Garry Bridge in the Killiecrankie gorge. Meanwhile, Nigel with the two Sues in tow went to see the Ospreys nesting at Loch of Lowes near Dunkeld. Saturday, the weather improved and a party of seven drove over to Braes of Foss to climb the munro, Schiehallion. There was a fair amount of snow still lying on the hill and some good views were had on the way up and down although the summit and upper slopes were in cloud. Afternoon tea was enjoyed at a tea room in Aberfeldy on the way back to the hostel. The weather forecast for Easter Sunday was excellent and unusually for the Scottish Highlands, there was a significant risk of sun burn. In response, the group split up to cover various options including playing golf (Sue and Pete and John), visiting gardens (Sue and Joan), munro bagging (Brian and Nigel went up Beinn a Ghlo) and climbing a nice little hill called Ben Vrackie which overlooks Pitlochry (Jack, Ann, Colin and Helen). In the evening everyone enjoyed an excellent meal prepared by the hostel staff and exchanged our experiences of the day. On Monday, with the weather still fine and sunny, we all reluctantly headed south for home. 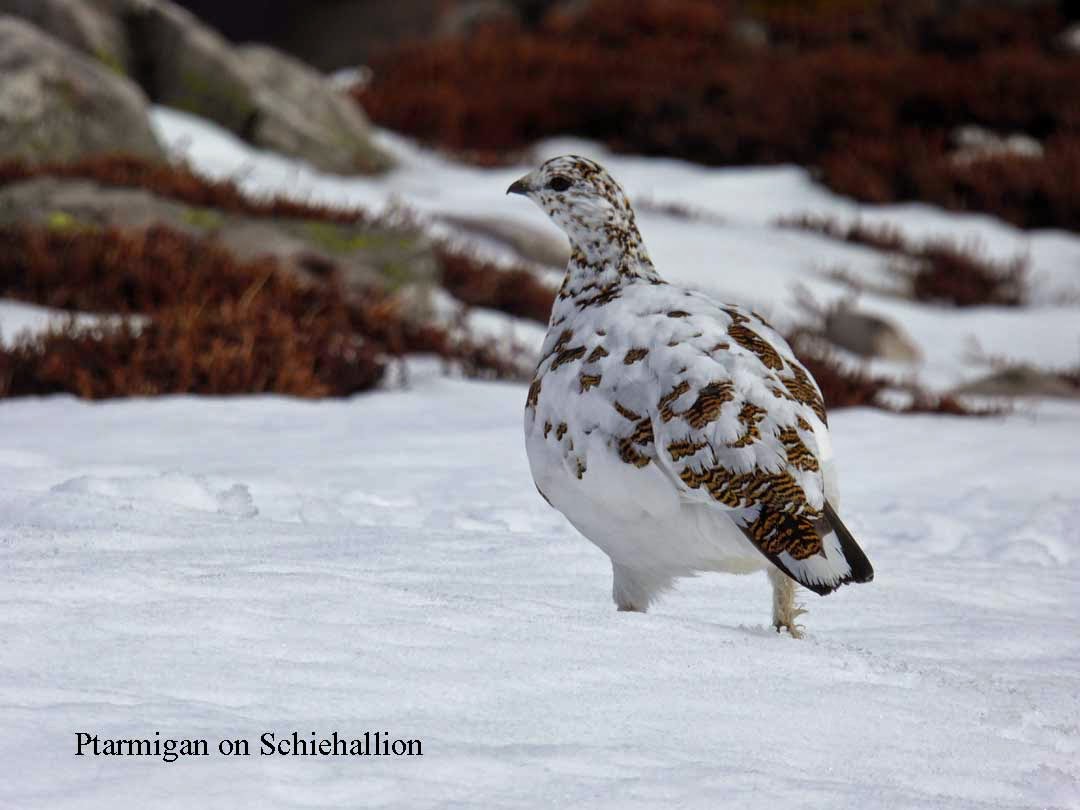 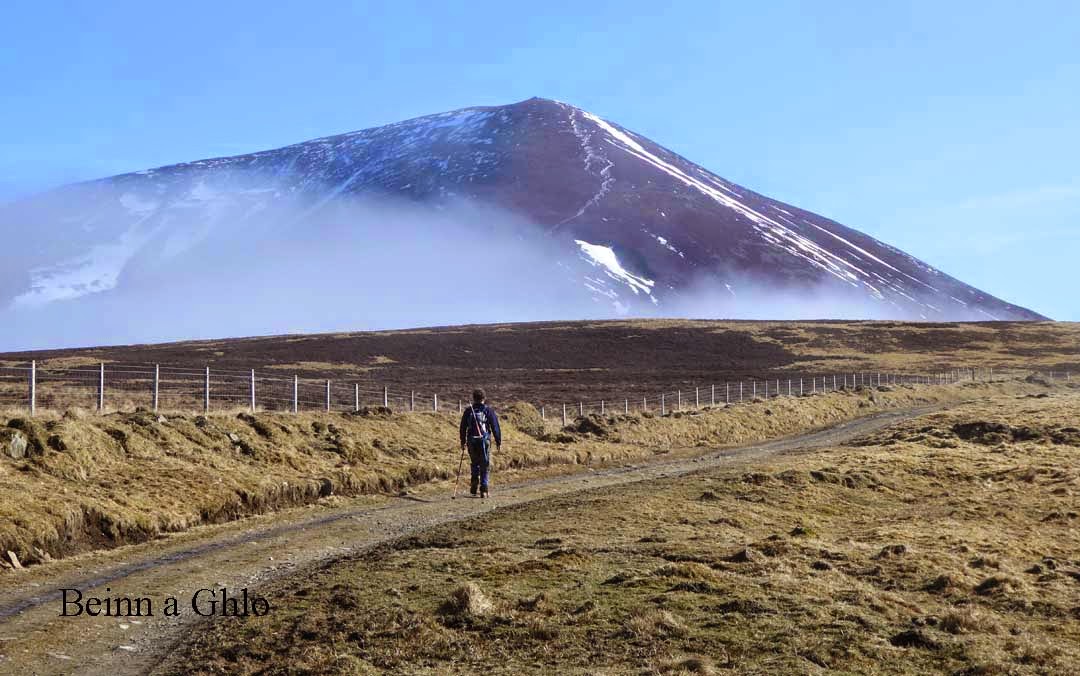 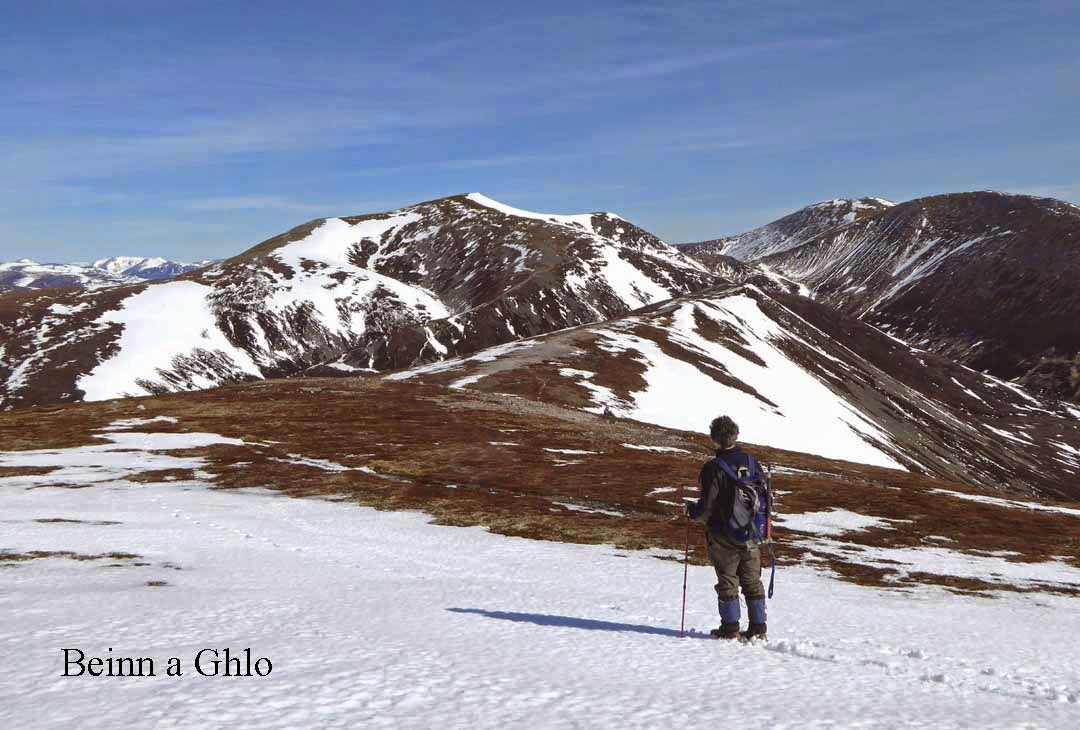 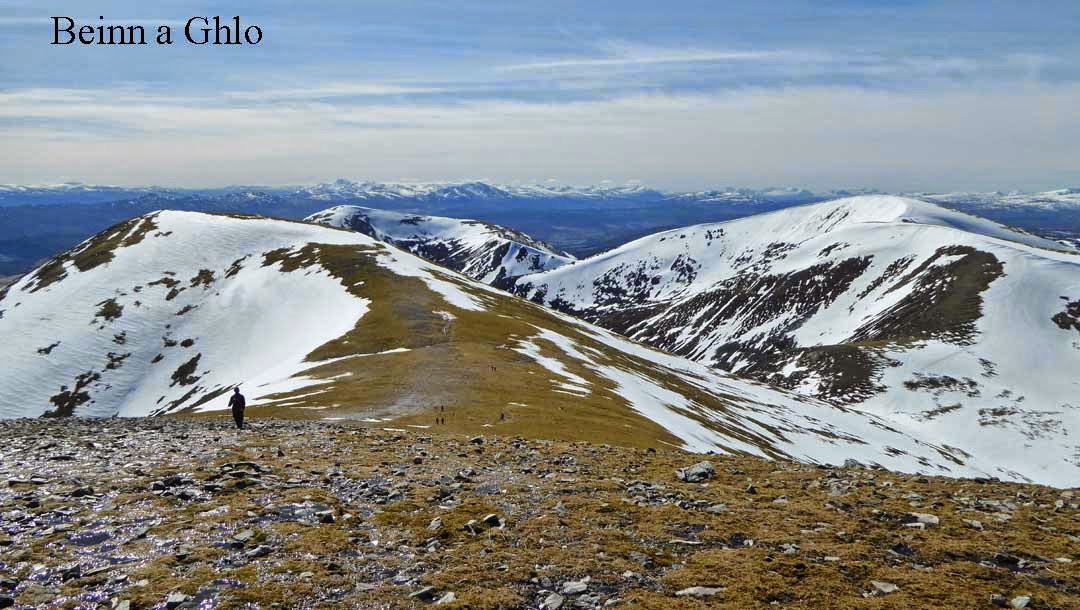 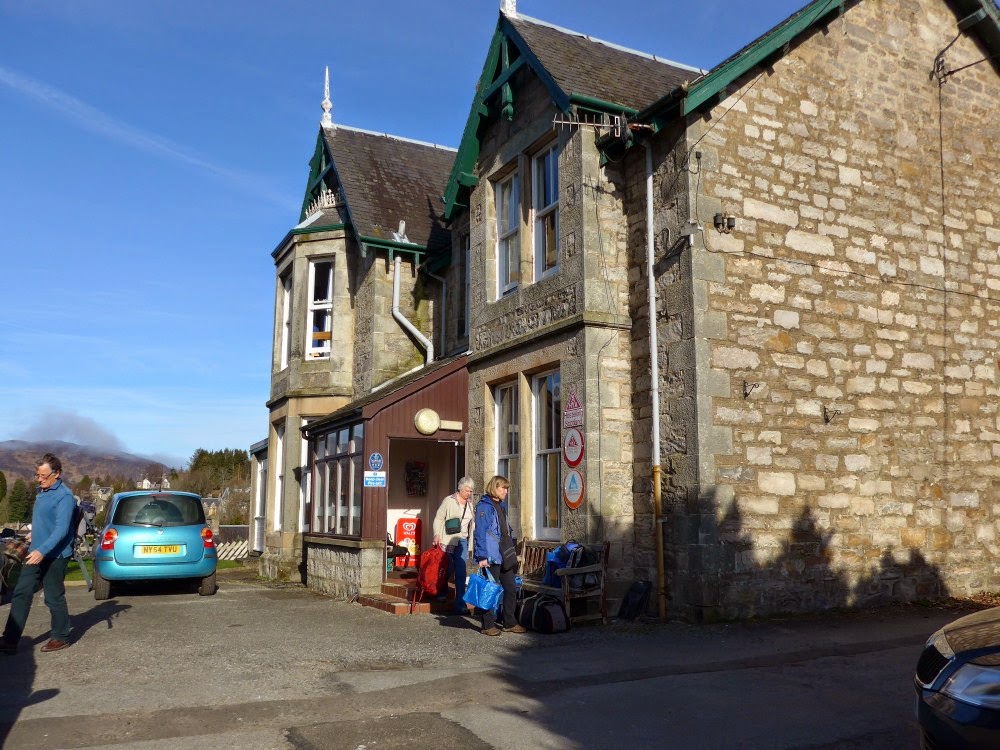 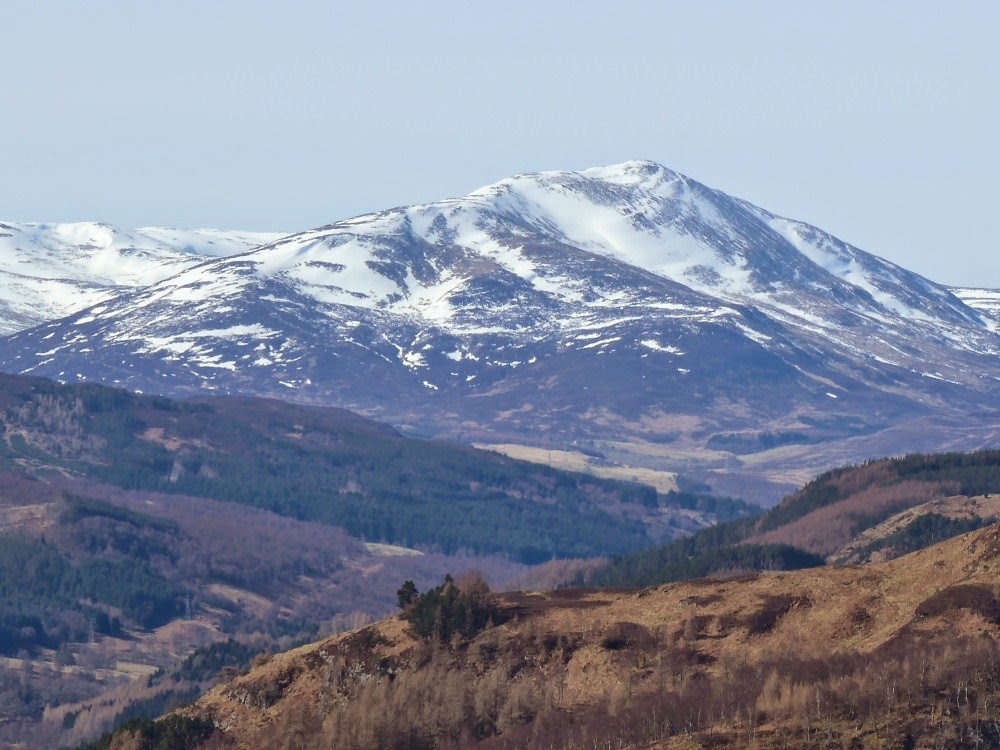 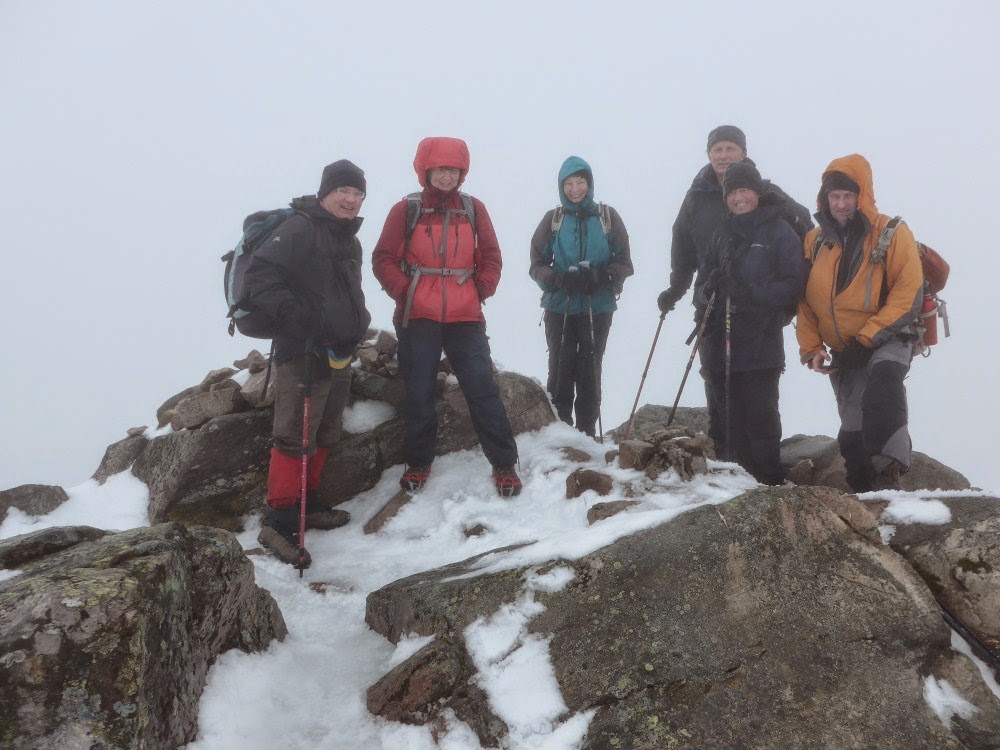 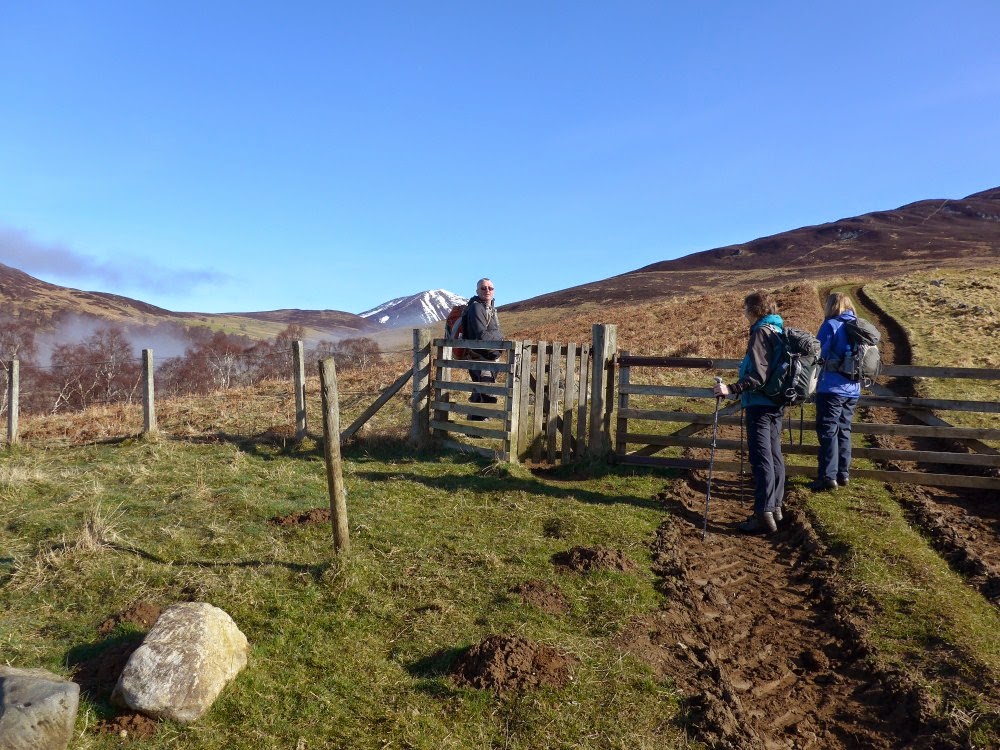 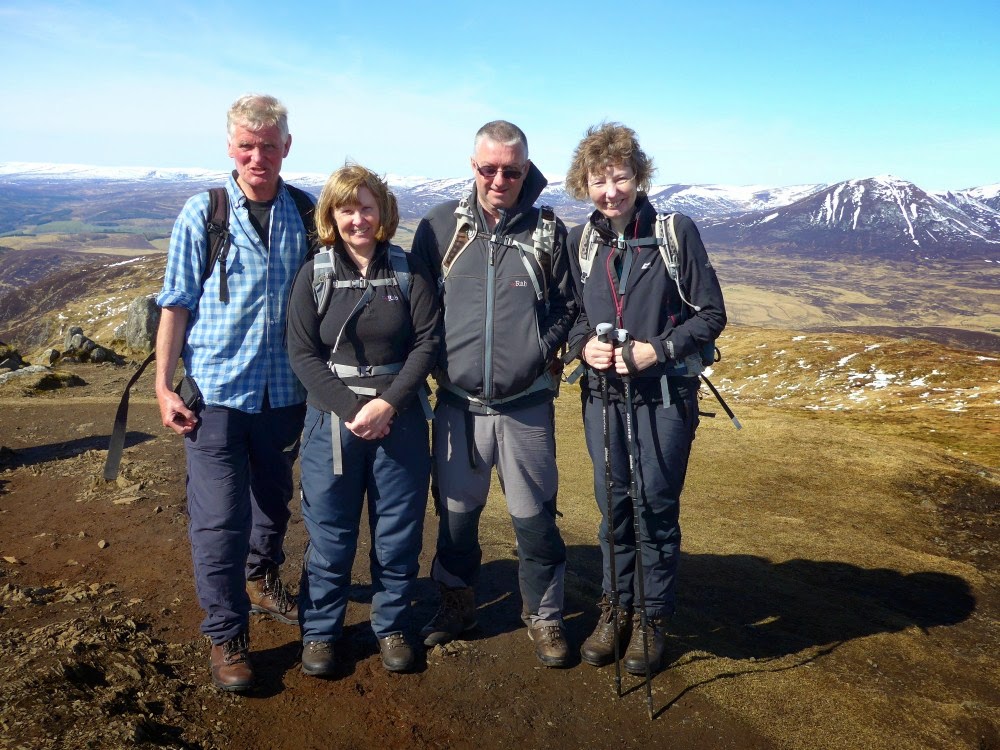 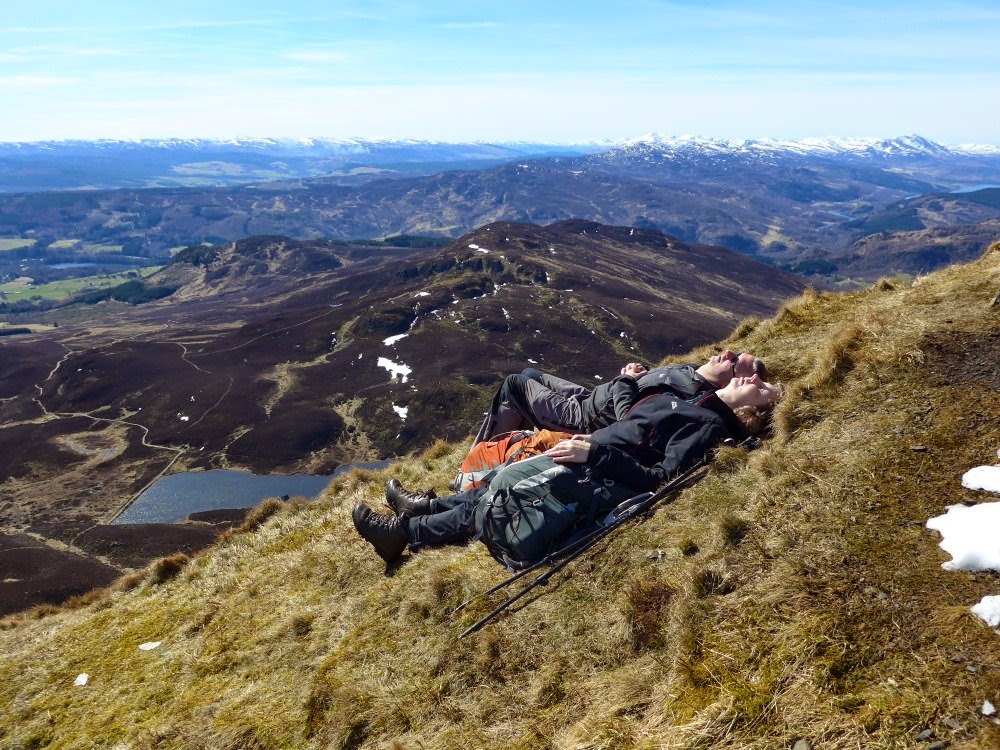 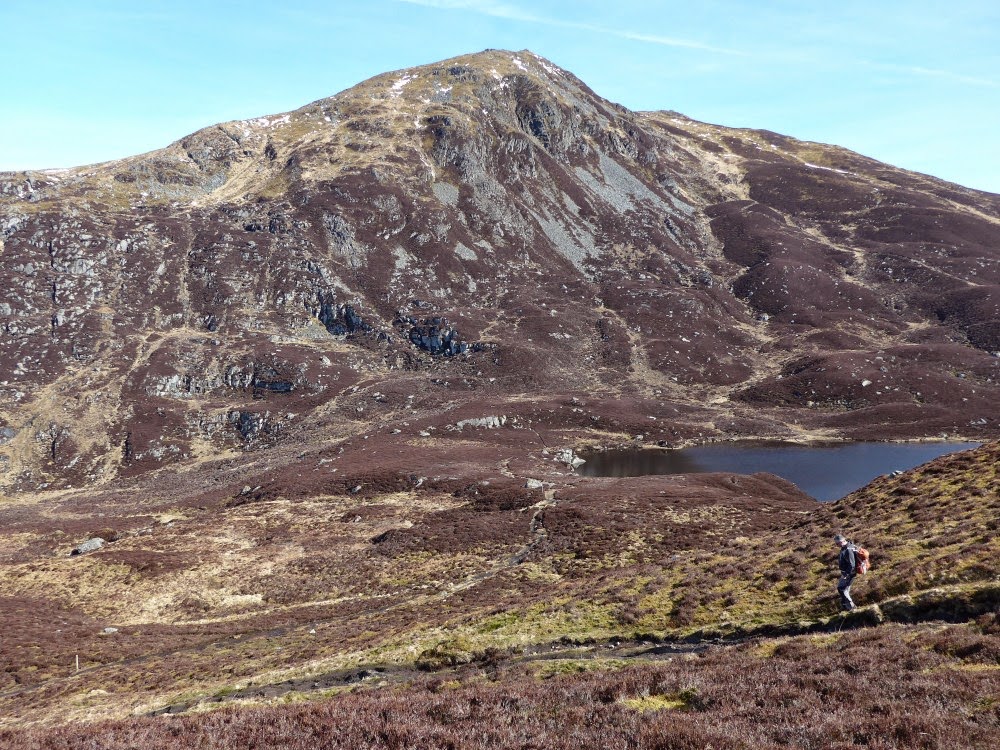